With close to 30 years’ experience in technical plastics, Rolf Jernström founded Jerol Industri AB in 1999. Today, Jerol is at the forefront of the production and development of composite utility poles through our successful pairing of Swedish concern for safety and technological development. Environmental responsibility and individual safety are the common threads throughout our operation.

Jerol poles stand for safety and durability, and with little-to-no maintenance costs the calculated lifespan of each unit is well over 80 years.

Today there are 18 people developing and producing our products in Tierp, just north of Uppsala, for distribution across Europe.

The entire process, from raw materials to finished product, begins and ends at our factory in Tierp. The primary materials are glass, polyester and polyethylene. The glass arrives in the form of fibreglass thread and the polyester by tanker. Production is largely automated with the required labour being performed by 5 to 7 people per shift.
The finished product generally goes straight from factory to customer, and our sales are continually rising.

We’re quite proud of our production facility and would love to tell you more. If you’re an interested customer or partner, feel free to contact us on 0293 663 10 to arrange a viewing.

Here are our international resellers:

1986
Rolf Jernström develops the first fibreglass distribution pole using virtually the same principles as today. The assortment was primarily crash friendly fibreglass poles for lighting and road signs. The market however, was not yet ready for composite poles.

1999
In order to meet the requirements of the time, development of a pole that is both crash friendly and long-lasting begins.

2001
The factory is ready for production.

2000-2009
A large number of full-scale crash tests are performed and adapted to varying international standards.

2001
The first deliveries to customers in the Nordic Union.

2003
The first deliveries to customers in continental Europe.

2004
The first deliveries to customers in England

2005
Rolf Jernström is part of the standardisations team for European regulations regarding crash friendly poles.

2005
The first deliveries to customers in Spain.

2006
Jerol signposts start taking off in England. A number of partners are contracted and deliveries continue across Europe.

2009
A trial distribution line between Klutmark and Skråmträsk in Skellefteå is installed.

2011-2013
Jerol deliver environmentally friendly poles to more than a hundred projects across Sweden, Norway and Finland.

2015
Jerol delivers poles for an ESB pilot project in Ireland.
Jerol signs a strategic agreement with Vattenfall Eldistribution regarding alternative poles for use in environmentally sensitive areas. 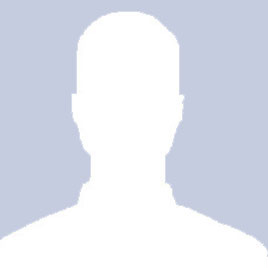 Thank you for contacting us, we will get back shortly.

We use cookies on our website to give you the most relevant experience by remembering your preferences and repeat visits. By clicking “Accept”, you consent to the use of ALL the cookies.
Cookie settingsACCEPT
Manage consent

This website uses cookies to improve your experience while you navigate through the website. Out of these, the cookies that are categorized as necessary are stored on your browser as they are essential for the working of basic functionalities of the website. We also use third-party cookies that help us analyze and understand how you use this website. These cookies will be stored in your browser only with your consent. You also have the option to opt-out of these cookies. But opting out of some of these cookies may affect your browsing experience.
Necessary Always Enabled
Necessary cookies are absolutely essential for the website to function properly. This category only includes cookies that ensures basic functionalities and security features of the website. These cookies do not store any personal information.
SAVE & ACCEPT